Fake News and You: Fakes and Your Assignments

Information on fake news and methods to identify such sources.

UA-PTC is committed to the Information Literacy Competency Standards for Higher Education as established by the Association of College and Research Libraries and endorsed by the National Forum on Information Literacy. Therefore, all courses will incorporate an information literacy component so that, by graduation, all students will be able to recognize the need for information, then locate, evaluate, synthesize, and communicate information in an ethical manner. Information literacy encompasses critical thinking, research, media, technology, health, business, and visual literacy skills to produce lifelong learners who can make informed decisions in the workplace and in their personal lives

The Five C's of Critical Consuming

As you work on research papers and projects you will want to use credible, truthful sources to support your points. Using

fake news sources, even by accident, will weaken your arguments, undermine your credibility, and may result in a lower grade on your research assignment. Here are some ways you can avoid fake news in your academic work.

Nothing is foolproof, but there are a few steps you can take to avoid, or at least minimize the likelihood, of using fake news sources in your papers and projects.

1. Try searching for non-internet sources. For the most part, information in books and published articles in academic journals,  magazines, and newspapers does not include fake news.

try using a Site Operator in front of you search term to limit to likely credible sites. For example:

site:.gov will limit your results to government sites as in site:.gov immigration

site:.org will limit your results to organizations as in site:.org heart disease 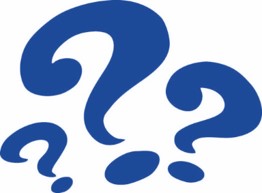 This source should be credible, but...

For example, we have this account of events from Samuel Arnold's Juvenile Amusements in 1797:

Other sources present more specific, although conflicting versions of the story. An 1810 account from Gammer Gurton's Garland by Joseph Ritson gives an exact count of the men who came to help, but doesn't mention horses at all:

Humpty Dumpty sate [sic] on a wall,
Humpti Dumpti [sic] had a great fall;
Threescore men and threescore more,
Cannot place Humpty Dumpty as he was before. 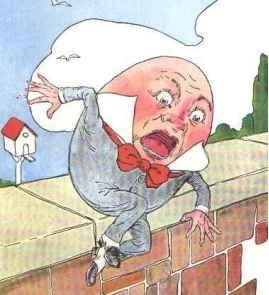 To complicate matters further in 1842, James Orchard Halliwell published this version of the story which has Humpty Dumpty falling into a mountain stream, with doctors and builders attending to his injuries:

Humpty Dumpty lay in a beck.
With all his sinews around his neck;
Forty Doctors and forty wrights
Couldn't put Humpty Dumpty to rights!

Since we can't reasonably determine which version of events might be true, it is acceptable to present all accounts, while attributing the various accounts to their sources. For example we might sum up these three accounts of Humpty Dumpty's accident like this:

Humpty Dumpty had an accident which resulted in serious injury. Accounts vary but Samuel Arnold and Joseph Ritson stated that Mr. Dumpty fell from a wall, while James Orchard Halliwell said that Mr. Dumpty “lay in a beck” or a mountain stream. The accounts estimated that as many as 120 men and possibly an unknown number of horses came to his aid but were unable to restore Mr. Dumpty to health.

To read more each of these tips or hear the podcast from Sabrina Stierwalt, PhD, Everyday Einstein here.

When in Doubt, Check it Out